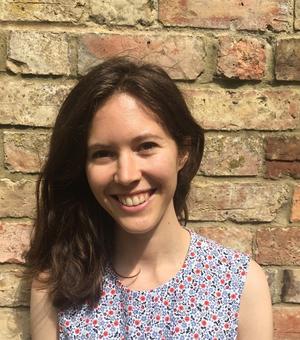 I am a French and Spanish doctoral student at Jesus College, Oxford, working under the supervision of Prof. Catriona Seth. I focus on Grand Tourists and Marginal Figures in Early Romantic Naples and I explore the creation and consumption of stereotypes on the local population, especially on the impoverished population of lazzaroni. I study representations of work, hedonism and violence in the Neapolitan society through the lens of French and English travelogues and artwork.

I am also working alongside the Compton Verney Art Gallery to deliver outreach events for local schools. In addition to this, I will transcribe the unpublished Album du Vésuve – a visitor’s book kept at the end of the 18th century with hundreds of entries for European visitors – held at the Maison Chateaubriand (Vallée-aux-Loups).

My Collaborative Doctoral Award is generously co-funded by the Open-Oxford-Cambridge AHRC DTP, the Clarendon Fund and Jesus College, Oxford. Prior to starting my DPhil, I completed a BA in Humanities and the MA in Political Theory at Sciences Po, Paris. I subsequently graduated from the MSt in Modern Languages (Enlightenment pathway) at Worcester College, Oxford. I also worked as a tutor for the Oxford School of French and mentored pupils at IntoUniversity. I am now a French Lectrice at St Hugh’s College, Oxford. Aside from my research, I am passionate about current affairs, philosophy, cinema and Japanese pop culture.