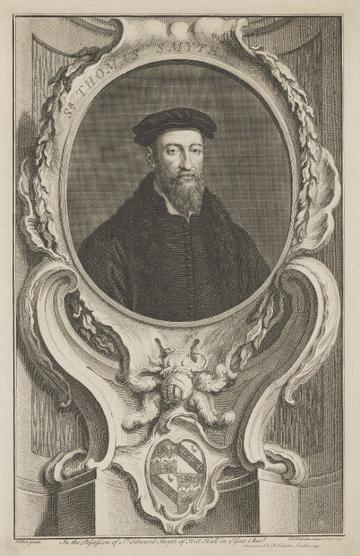 Queens’ College’s important, yet understudied renaissance library offers considerable possibilities for original research into early modern Cambridge and its intellectual, political and cultural relationships with the rest of England and the continent. Amongst the library’s most interesting assets is its historic connection with Desiderius Erasmus, whose residence at Queens’ in the early sixteenth century galvanised English humanism as it progressed in Cambridge and beyond. The library’s extensive humanist collections in fields such as astronomy, geography, history and theology provide a diversity of angles from which to explore and understand the humanist movement as it unfolded in England. In this we are greatly assisted by the fact that many Queens’ books were collected and annotated by known humanist scholars of the period, the most important being the politician and Queens’ fellow, Sir Thomas Smith (1513-77), also the donor of one of the library’s surviving celestial globes.

As one of the most important sixteenth-century humanist gatherings now extant, Smith’s bequest of eighty or so printed books together with two of his manuscript commonplace books will play a key role in this project, as will library records including the benefactors’ register. Smith’s colourful career in the government of two Tudor monarchs crashed in ruins, as did ill-founded projects to produce copper from base metals, and to colonise Ireland (this ended with the tragic murder of his illegitimate son). Yet, the many significances of Smith’s multifaceted activities, from political theory to numismatics, reflect on and enlighten our understanding of wider intellectual and political issues of the age. Smith’s books are of immense interest for a further reason: his habit of annotating them with doodlings and marginal illustrations. Indeed, the practice of annotating books is evident in Queens' Old Library collections more generally. As well as revealing the identity of earlier owners (some forgotten, some famous) these signs of use provide insights into how books were read, what people thought about them, and broader aspects of readers’ day-to-day lives.

The CDA focuses on Queens’ print and archival collections and their relation to other Cambridge collections, as well as on Smith books now held elsewhere.

Key research questions could include:

Alongside the principal and co-supervisors Scott Mandelbrote (Cambridge) and Dr Andrew Zurcher (Cambridge) will act as additional advisors.