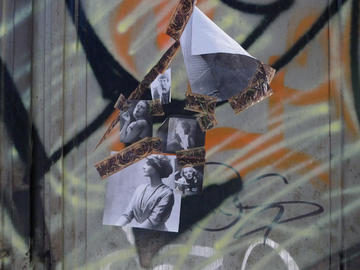 Applications are invited for an Open-Oxford-Cambridge AHRC DTP-funded Collaborative Doctoral Award at The University of Cambridge, in partnership with the British Film Institute and the Galicia Jewish Museum, Poland.

With the current political climate of resurgent far-right elections across Europe and the passing of the generation that witnessed the Holocaust, old fears that lessons of the past might fade have been rearticulated as concern about the longevity of the Holocaust as memory. This doctoral project asks how cinematic depictions might function to sustain the memory of the Holocaust for those who did not live through it, forming mnemonic frameworks that resonate with public culture. It is thus an examination of the potential memorial role of cinema and possible post-cinematic media developments like virtual reality, the nature of contemporary memory and mediation, and practical pedagogical approaches to commemoration. The project seeks to examine these developments through a geographical lens, questioning how cinema mediates landscapes of Holocaust memory across Europe.

The theoretical grounding of the PhD will build primarily on two bodies of work. First, recent work on post and prosthetic memory which suggests that individuals can take on past events through which they did not live as personal memory through affective transference in experiential encounters with museums, photographs, or cinema. The second body of work finds its base in the historian Pierre Nora’s classical study of French memory, which argues that deliberately consecrated sites of memory substitute for the absence of spontaneous memory in landscape; that is, memory is not encountered but has to be made. In dialogue with work on haunting, affect and cinema, this project asks whether, and how, landscapes of memory might be mediated by mobile and immersive sites of memory such as cinema and documentary film making.

Methodologically, the project will draw on an iterative ethnographic approach. Preliminary attention will be paid to chosen cinematic depictions including what Annette Kuhn refers to as “memory-texts”, asking how films code the Holocaust as memory, and how such a framing is encountered by audiences. Archival analysis will provide reflexivity and historicised attention to the relationship between cinematic depictions and their reception. The bulk of the research will emphasise the intervention of cinematic depictions in specific memoryscapes in Europe supplemented by site-specific walking methodologies and ethnographic work in museums and other cultural institutions.

The institutional partners for this project will be the British Film Institute, London, and the Galicia Jewish Museum, Poland, Kraków. This partners for the research will be able to provide expert advice on access to a range of visual materials and other sources, including rarely seen films, documentaries, and oral history archives. The BFI also has a substantial collection of rare journals and other documents of interest for the project.

The principal supervisor for the project will be Professor Matthew Gandy in the Department of Geography at the University of Cambridge. Matthew Gandy is a cultural geographer with interests in landscape and infrastructure including cinema and documentary film making.