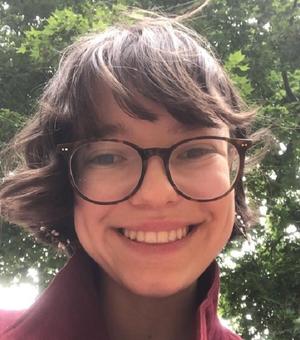 My research explores the modern sonnet through examining sonnets written by women in the period c.1850-present, including Elizabeth Barrett Browning, Christina Rossetti, Edna St Vincent Millay, Gwendolyn Brooks, Wanda Coleman and Bernadette Mayer. Critical definitions of the sonnet predicated on poems' adherence to strict prosodic rules (fourteen lines, specific rhyme-scheme, iambic pentameter) are, I contend, out of step with modern literary culture's conception of the sonnet as a mode of thought. No matter the prosodic structure of a poem, calling it a sonnet registers intent, aligns it with a broader history of the form, and asks the reader to approach the poem in a particular way. My research aims to map and understand this process, working towards a redefinition of the sonnet form on cultural rather than prosodic terms. It will also contribute to studies of the history of the sonnet by pushing back against prevailing understandings of the form as masculine.

Before beginning my PhD, I completed an MSt in English (1900-present) at Oxford, and a BA in English at Gonville & Caius College, Cambridge, during which I won Faculty prizes for both academic and creative writing. My critical work is influenced by my creative practice as a poet, and I test out these intersections in the poetry workshops I organise. Beyond sonnets, my academic interests encompass medieval Anglo-French literature and experimental translation theory; my writing on the latter has been published in Jacket2 magazine. I've had poems published in DAISYWORLD, Wet Grain, and The Mays 28.