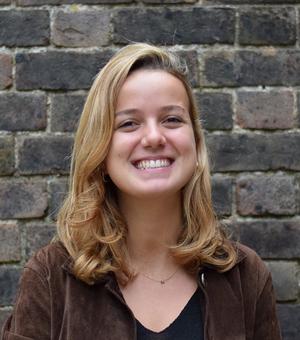 My doctoral research examines the experience of Jewish and Gypsy women in French internment camps during the Occupation. Using gender theory to investigate the Holocaust, and the first-hand experiences of persecution of the Gypsy people, I intend to bring together two areas that remain underexplored in the study of Occupied France. More broadly I am interested in ideas of French identity and “otherhood”, the use of ego-documents as sources, and perceptions of motherhood and the female body. My research is supervised by Dr Celia Donert and Dr Barbara Warnock. This project builds on my Masters dissertation, in which I addressed the concepts of Jewish identity and self-perception through a micro-historical study of the correspondence of Jewish mothers in the French internment camp of Drancy, 1942-1944, and for which I was awarded a prize for the highest scoring dissertation of my cohort. I completed my MA in Modern European History and my BA in History at St Hugh’s College in Oxford. My research is supported by the Open-Oxford-Cambridge AHRC DTP and the J.H. Plumb studentship at Christ’s College, and will be conducted as part of the CDA titled “The Romani Holocaust and its Aftermath: Gendered Perspectives”, in partnership with the Wiener Holocaust Library in London.