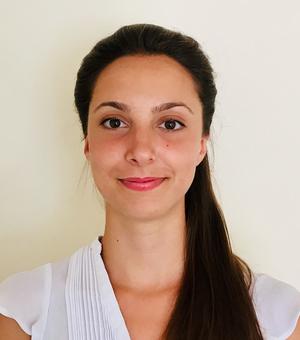 My doctoral project, provisionally titled "Italy and the Irish Romantics: Networks, Nations, and Literary Encounters, 1798-1848”, explores the literary connections between Italy and Ireland in the Romantic Period. How did Irish Romantic writers respond to Italian literature, politics, language, places, and people, and what role did they play in the rise of Irish cultural nationalism? Is it possible to identify works and genres that emerged as the products of Italo-Hibernian connections? I will attempt to answer these questions by studying the largely neglected literary production of the Irish writers who were travelling and living in Italy in the fifty years that span the 1798 United Irishmen Rebellion, the Act of Union, and the ‘Primavera dei Popoli’ of 1848. My broader interests include the Byron-Shelley circle, historical and gothic fiction, Irish women writers, literary coteries and manuscript culture in the long C18th, and poetics of exile and national identity.

I was born in Udine, Italy. I completed a BA in English and Related Literature at the University of York (2018, First Class Honours with Distinction) and the MSt in English Language and Literature 1700-1830 at Oxford (2019, Distinction). I then worked as a teacher in London in 2019-20, before returning to Oxford to start my DPhil. My supervisor is Professor Fiona Stafford.