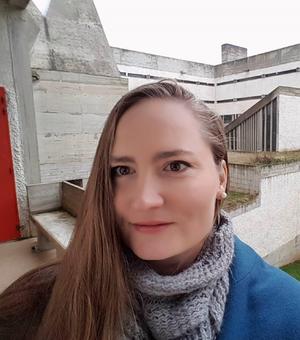 For influential late nineteenth-century German theorists such as Scheffler and Worringer, the classical represented a restrictive, repetitive formal exercise yielding at best a restrained bourgeois beauty, whereas the Gothic was seen as liberating, allowing architects to express their societies’ collective will and attain the sublime. Early modern medievalism, however, took on a more radical, ahistorical inflection than earlier Romantic medievalism, and seen through the rose-coloured glasses of contemporary utopianism, medieval guilds took on new attraction as a possible prototype for political socialism. An idealized vision of medieval society deeply indebted to earlier German Romanticism, which saw in the Middle Ages an alternative to urbanization and industrialization, as well as French and Italian neoclassicism, inspired Taut and Gropius to call for a revival of imperilled craft traditions, as well as the creation of tight-knit communities of artisans, culminating, or so they hoped, in the collective production of glass cathedrals, secular yet somehow spiritual, resembling in ambition and sublime effect the great Gothic cathedrals of the past. Rather than representing a drastic break with the past, or being linked to classicism, early German modernism can be better understood as emerging out of earlier German Romanticism and Expressionism, especially contemporary concepts of the Gothic.

Elizabeth Baldwin Gray began her PhD in October 2021. Her research is funded by OOC AHRC, the Harding Programme, and Pembroke College and supervised by Dr. Maximilian Sternberg.

Elizabeth received her MArch from Yale and an MA in Art History from the Courtauld Institute. Before taking up her degree at Cambridge, she worked for international design firms Pelli Clarke Pelli Architects (PCPA), Robert A. M. Stern Architects (RAMSA), and Woods Bagot, and as Lecturer in Architecture at Newcastle University.