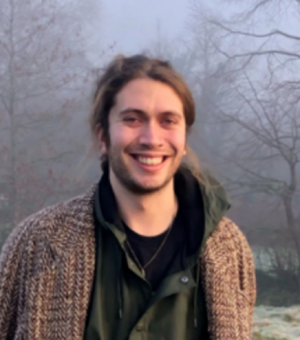 My thesis, entitled ‘Cartography and the Craft of English Prose, 1605-1670’ and supervised by Dr. Kathryn Murphy, is an examination of how the history of seventeenth-century vernacular prose—a field whose territory has been debated for over a century—can be fruitfully retold in tandem with the history of contemporary map-making. I focus predominantly on non-fictional prose as a mode which raised problems of knowledge-making, the instability of literary form, and the skeptical perusal of conflicting information—all questions which are thrown into particular relief by an examination of seventeenth-century cartographic practice. While previous work has often emphasised the union of literature and cartography in their shared aim to pictorially represent and reinvent travel, territory and space, I show how authors such as Francis Bacon, Robert Burton, Thomas Fuller, and Margaret Cavendish responded to cartography (through their figurative language, book-ownership, and compositional/bibliographical practice) as a multifaceted ‘craft’: as the product of a collection of materially and agentially complex processes, each of which raised particularly stimulating questions for the often-ill-defined activity of prose-writing.

I completed my BA at University College London in 2019, and my M.St in English (1550-1700) at Oriel College, Oxford in 2021, during which I held the English Faculty’s Violet Vaughan Morgan Studentship. I began my DPhil that same year, and for my first year I was a Graduate Scholar at Oriel. Incidentally, I am happy to answer any questions from prospective on-course applicants to the DTP.