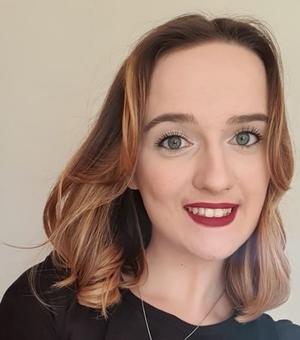 Helena is in her first year of a Collaborative Doctoral Award between the University of Oxford and the British Library. She is supervised by Dr Alexandra Gajda, Dr Neil Younger and Julian Harrison. Her project – “The First History of Elizabethan England: The Making of William Camden’s Annals” – will focus on establishing the authorship and sources used to create the first ever history of Elizabeth I’s reign by studying the manuscript drafts of the work, currently held at the British Library. Written in Latin and published in two parts in 1615 and 1625, the project will also entail producing an in-depth literary analysis of the Annals alongside its ancient forerunners – Tacitus’ Annals and Polybius’ Histories – to determine to what extent Camden and his co-authors were influenced by ancient historiography in creating their work. Helena’s main research interest has always been that of Classical Reception as is evidenced by her previous studies. She graduated with a BA degree in Classics from Durham University in 2017 and an MA degree in Art History, Curatorship and Renaissance Culture from the Warburg Institute in 2020.