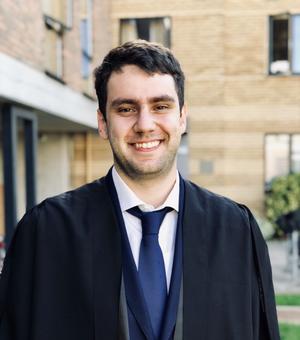 I come from Bucharest, Romania, but I have studied abroad for the past few years. I graduated from Yale University in 2018, having double majored in History and Chemistry. I also completed, with a Distinction mark, an MPhil in Modern European History at Cambridge in 2019.

My research interests lie at the intersection of intellectual and political history in 20th Century Europe: I seek to understand why some important writers and philosophers in Central and Eastern Europe chose to support fascist movements during the interwar period. My PhD dissertation examines the story of the “1927 Generation”, a group of young, cosmopolitan Romanian intellectuals, such as Mircea Eliade and Emil Cioran, who became fascists during the 1930’s. In accounting for this generation’s journey from the avant-garde of European culture to fascism, my work takes a network-centred approach to the study of right-wing radicalization among intellectuals. Building upon my BA and MPhil work, I am investigating the cohesiveness and dynamics of this group, with particular attention being given to their personal networks, as well as to the cultural spaces that shaped their interactions: Criterion, a student-run association for artistic and political debates; the offices of newspapers such as Vremea or Cuvântul where many of these young intellectuals worked; and Bucharest’s literary café world.  I am also breaking new ground by looking at the fascist Iron Guard’s active efforts to attract followers among the country’s young, educated elite. I am particularly interested in Mihail Polihroniade, a group member and Iron Guard agent who helped the movement gain a foothold in the Bucharest academic world.

My other research interests include the politics of remembrance in Eastern Europe and comparative economic history.