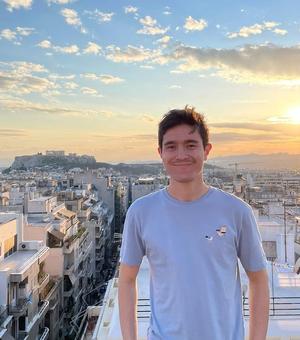 I completed my BA in Classics at Durham University and MPhil in Greek History at Oxford (funded by Merton College). I am continuing at Oxford (Merton) to pursue my DPhil in Ancient History. My research focuses on population displacements and refugee crises in the Classical and Hellenistic Greek world, in particular reappraising the new identity that expelled cities forged during exile and how they applied this identity in their political interactions. In doing so, I aim to not only provide a new characterisation of the understudied phenomenon of population expulsions, but also re-evaluate ancient Greek social and political culture through this topical lens.

To enrich my research and converse with current issues, I am also engaging with modern refugee studies (especially on ‘campzenship’) and more recent Greek migrations in the same regions. I aim to use my research to help rethink today’s refugee policy, and am helping with refugee aid in Oxford. My supervisor is Professor Rosalind Thomas; my project is supported by the Open-Oxford-Cambridge AHRC DTP, the Clarendon Fund, and Merton College. My other research interests lie in Greek epigraphy (particularly graffiti), Greek historiography, cross-cultural interactions, subaltern studies (especially ancient slavery), transhistorical comparisons with modern Greece (especially the 1922 population exchange), and the modern politics of heritage. I participate in archaeological excavations as often as possible, to mark my commitment to interdisciplinarity in ancient history. I am also learning modern Greek.