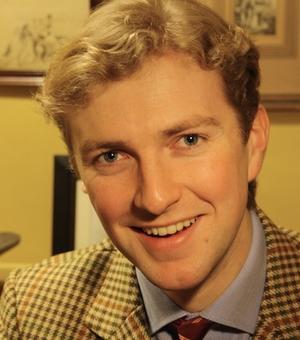 I hold a first-class honours (Gold Medal) BA in Classics from Trinity College, Dublin, where I was a Scholar. My degree was largely devoted to the Canon, which I loved, but after four years of Homer, Plato, Plautus and Catullus, and a bachelor’s thesis on the poetic landscape of Virgil’s Bucolics, I decided to break out of the enclosure and into the open fields of Late Antiquity and Byzantium.

At Oxford, I took an MPhil in Late Antique and Byzantine Studies at Corpus Christi College. My thesis discussed the pro-unionist writings of the fifteenth-century Byzantine Catholic, John Plousiadenos.

Currently, I am reading for a DPhil at Oriel College. My doctoral thesis is on the aftermath of the Council of Florence in Byzantium and the controversy which erupted between the proponents of the Union and the great majority of Byzantines who rejected it. I focus on the writings and activities of the most significant of the post-Florentine Byzantine Catholics, such as Isidore of Kiev, Cardinal Bessarion, and John Plousiadenos, as well as on the backlash from their fiercest opponents, notably Mark of Ephesus and Gennadios Scholarios. I am also exploring the strongly anti-Byzantine contemporary perspective of an Italian Humanist, Ubertino Puscolo, who witnessed the fall of the City in 1453 and attributed the calamity to Greek duplicitousness and their betrayal of the Union of Florence.

Broader academic interests include Orthodox-Catholic ecumenical relations, spoken Latin and Greek, and translating some of the Byzantine authors I study for a wider audience.