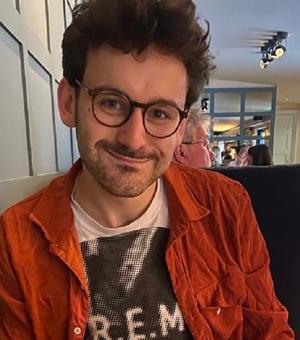 My research, co-funded by an AHRC OOC DTP Studentship and a Cambridge Vice Chancellor's Award, explores the functions of colour in texts pertaining to Eastern Christian image-skepticism between the 7th-9th centuries. This project, supervised by Prof. Peter Sarris, investigates the affective, rhetorical, and theological possibilities of the chromatic references that pepper our slim, shadowy corpus from the so-called 'Age of Iconoclasm'. Its central aim is to scrutinise the spiritual inflections of colour across time and space, both within Byzantium and beyond its borders among Christians living under Islam, during a period of intense convulsion and crisis. Prior to this, I received my BA in History and English, and my MPhil in Late Antique and Byzantine Studies, respectively at Pembroke College and University College, Oxford. Here my work primarily focused upon Eastern Christian accounts of miraculously 'transforming' icons, and the capacity of apparently inert objects to 'speak', 'cry', or even 'bleed'. Originally from Leeds, I also maintain a key interest in access and outreach work while here at Cambridge.