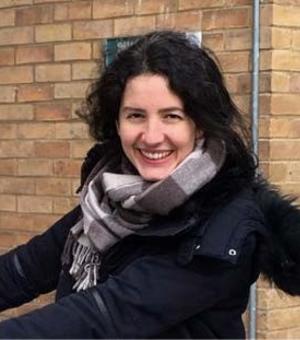 I am a PhD candidate in the Faculty of English and at Jesus College, at the University of Cambridge. I work on the ‘access to and the preservation of the self-destructive book within the framework of the library’. My research is based on a case study of the 1992 American artist’s book Agrippa (a book of the dead), for which the publisher’s archives has been deposited at the Bodleian Libraries, along with a deluxe and a small copy of the book. Around this case study revolves a conceptual investigation of the meaning of analog and digital ephemera collections in libraries, and especially university libraries such as those at Cambridge and Oxford.

My PhD research is funded by an AHRC Collaborative Doctoral Award and a Cambridge Trust Scholarship, and is jointly supervised by Dr Jason Scott-Warren (Faculty of English, University of Cambridge), and by Dr Christopher Fletcher (Bodleian Libraries, University of Oxford).

Prior to my current graduate studies, I was an Assistant Conservator in the Conservation and Collection Care Department at the Bodleian Libraries (2018-2019), and a Pine Tree Foundation Postgraduate Fellow in Book Conservation at the Morgan Library & Museum (2015-2017). I hold both a Master’s Degree in Medieval History (Paris-Sorbonne University-Paris IV, 2009) and a Master’s Degree in Conservation of Cultural Heritage, specializing in Book and Paper Conservation (Pantheon-Sorbonne University-Paris I, 2015). During my final year of conservation studies, I was a graduate intern at the Library of Congress, the Harry Ransom Humanities Research Center at the University of Texas, and the University of British Columbia.