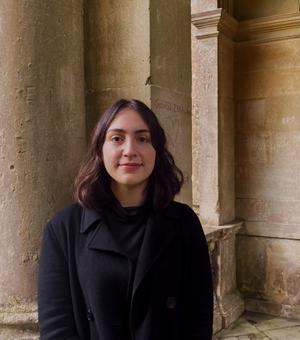 My doctoral project traces the ethics and poetics of commensality in early modern English literature, examining in particular the relationship between aspiration, consumption, and incorporation in the works of poets from Donne to Milton. Taking up David Goldstein’s call for ‘a new paradigm for philosophies of eating…that begins in the early modern mouth’, I wish to reflect on eating together as an act of, and a metaphor for, relational encounter with the social, religious, ecological, and Divine other in early modern England – opening up avenues of interdisciplinary dialogue with history of art (in particular, 17th century ‘Merry Company’ paintings), history of medicine (humoral and hermetic science) and theology (eucharistic and liturgical theory). Before starting my PhD, I completed an undergraduate degree in Comparative Literature, German Studies, and History at Victoria College, University of Toronto, and an MPhil in English Criticism and Culture at Trinity College, University of Cambridge. Aside from my research, I have an active interest in keyboard performance: I received an Associate Diploma in Piano Performance from the Royal Conservatory of Canada in 2019 and have been studying the organ since arriving at Cambridge.