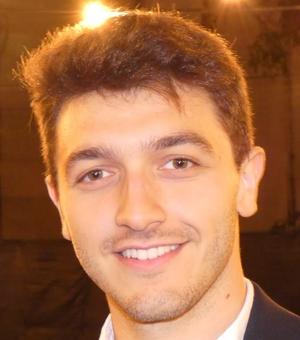 I am a doctoral student at Sidney Sussex College, Cambridge, but I am originally from a small town in the northeast of Italy, between the provinces of Rovigo, Verona and Padua. I graduated with my BA in Modern Languages at the Ca' Foscari University of Venice, where I later specialised in Language Sciences (language didactics and linguistics) for my MA. During my MA, I also had the opportunity to study at the University of Porto, Portugal, and the University of León, Spain, as an exchange student.

My supervisor here in Cambridge is Prof. Adam N. Ledgeway, and my research deals with some aspects of the syntax of NIDs (northern Italian Dialects). In particular, I am focussing on the phenomenon commonly referred to with the label "interrogative inversion", that is, the linear inversion of the inflected verb and a subject-like element. In NIDs, interrogative inversion obtains between the inflected verb and a subject clitic (a phonological non-autonomous element), resulting in a structure that actually triggers several interpretations besides the interrogative one. The aim of my study is to try to capture the relationship between the status of the subject clitic and the process that triggers those specific semantic and pragmatic readings, which are shared by NIDs and several other languages. Northern Italian varieties are closely-related languages providing a perfect setting for experiments in a controlled environment, thus proving useful to shed light on various aspects of syntactic theories.