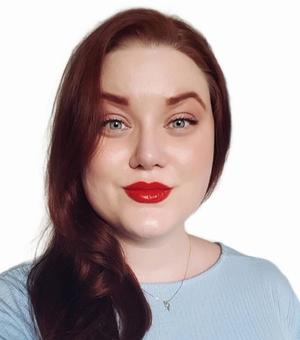 Matilda Eriksson is a provenance researcher and museologist who specializes in critical provenance research, holistic repatriation, proactive collection management, and the analysis and communication of object biographies and information related to sensitive or problematic themes. Matilda is currently working as a research assistant for the pilot project ‘Jewish Country Houses in Sweden’ at Uppsala University and volunteers at Museums For Future International.

Matilda received her BA in Cultural Studies (2016) and her MA in Museum Studies (2020) from Lund University (Sweden), and her MSc degree in Art History: Collecting & Provenance in an International Context (2021) from the University of Glasgow. Matilda has interned at the Swedish National Heritage Board, the National Museum of the American Indian (Smithsonian Institution), and the Smithsonian Cultural Rescue Initiative. In 2021 Matilda was a panelist & project member for ‘Workshop #3: Human Remains & Repatriation’ in the Devolving Restitution series (sponsored by the Pitt Rivers Museum and the Open Society Foundation, and hosted online by AFFORD UK), hosted by The Hunterian, University of Glasgow.