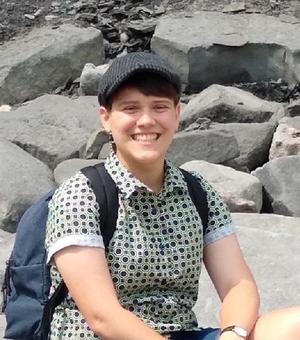 I am a PhD candidate in American History at Newnham College, University of Cambridge, working on caregiving and disability during the American Revolution. My doctoral project is supervised by Dr Sarah Pearsall and supported by the AHRC OOC-DTP and a Cambridge Trust Vice Chancellor’s Award. I completed my BA in History at the University of Sheffield in 2016 and my MPhil in American History at Cambridge in 2018. My MPhil thesis examined work, disability and 'capacity for labour' in the Early American Republic and was awarded the Sara Norton MPhil Prize by the Cambridge History Faculty.

Broadly, I am interested in histories of disability, gender, labour and sexuality in eighteenth and early nineteenth-century North America and Britain. My doctoral project draws together histories of disability, women’s work, medicine, coerced labour, emotions and material culture to understand practices of caregiving for people with illnesses and impairments in the late eighteenth century.

My other projects include a history of the top hat as a symbol of both British imperial masculinity and queer gender nonconformity. Part of this research is featured in the 2020 exhibition ‘Beyond the Binary’ at the Pitt Rivers Museum, Oxford. The emphasis on material culture in my research is informed by professional and voluntary work in the museum sector.

My archival research in 2020/21 is supported by fellowships from the Historical Society of Pennsylvania/Library Company of Philadelphia, the American Philosophical Society/David Center for the American Revolution, the Colonial Williamsburg Foundation, the Library of Congress and the Smithsonian Institution.