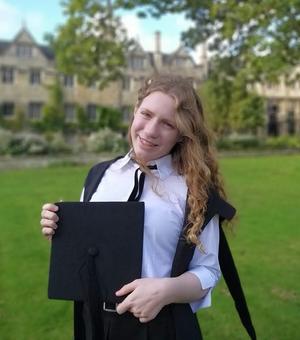 I completed a BA in English Literature at Durham University, where I began my journey into the Old Norse language and literatures. Receiving the McKinnell Prize for my undergraduate research on medieval subjects, I studied for the MSt in English Language and Literature (650-1550) at Merton College, Oxford. During my undergraduate and masters research, I developed an interest in gender studies and translation theory, while also exploring diverse subjects such as manuscript rune rows. I have also worked briefly at a school teaching English as a second language. My DPhil research, supervised by Dr Siân Grønlie, examines the presentation of women in Old Norse translations from Latin. The sagas of antiquity, the saints’ lives, and Stjórn (a translation of parts of the Vulgate Bible) contain fascinating female figures that have been overlooked by the current scholarship. My thesis aims to expand the field of Old Norse gender studies, which currently restricts itself to the popular Eddas and sagas. By analysing this literary collision of cultures, I hope to reveal nuances within the depiction of Old Norse women. Alongside my Open-Oxford-Cambridge AHRC DTP studentship, I have been awarded the Lincoln College Kingsgate Scholarship. I am also a Clarendon Scholar.