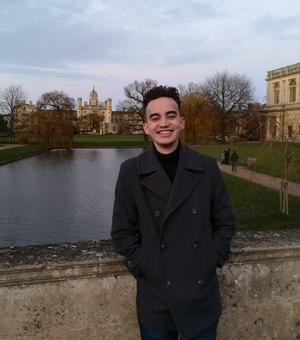 In my research I explore literary representations of Christ’s passion in monastic texts produced c.1000 – c.1200 in England and France. Previous scholarship has emphasised the emergence of devotion to the crucified Christ in his suffering humanity during these centuries for discussion. My work however seeks to provide a more balanced view of how the passion was imagined by monastic writers during this important period by both exploring a broad range of representations and looking at texts which have often been neglected; for instance, chronicles, hagiographies, and sermons by lesser-known authors than those such as Anselm of Canterbury and Bernard of Clairvaux associated with the development of devotion to Christ’s sufferings. In my analysis I am particularly interested in how the genres in which monastic authors wrote, the contexts in which they worked, and the purposes they envisaged for their texts shaped how they wrote about the crucifixion. This project will build on my MPhil thesis in which I explored how representations of the Passion were shaped by genre and authorial objectives in three Benedictine texts produced c.1020-c.1120 for which I was awarded, jointly, the Wood-Legh Prize in Medieval History (2019) and the History Faculty Members’ First Prize (2020). I am based at King’s College, Cambridge and previously read History at the University of York (BA, 2018) and Medieval History at St Edmund’s College, Cambridge (MPhil, 2019).