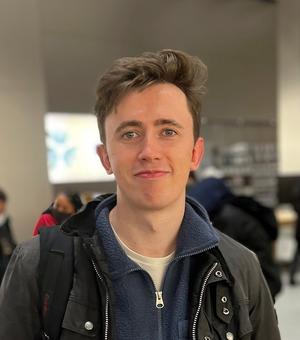 My PhD research investigates the ways in which certain literary forms and rhetorical styles exacerbate controversy, with a special focus on Victorian Britain. I am especially interested in the way writers and public intellectuals express an argument in one medium – for instance, the novel – and it is taken to be considerably more or less controversial in comparison to expression in another, such as a sermon or public lecture. My guess is that the choice of genre and literary form is more important than we give it credit for, and that external factors, such as timing, anonymity, and public personality, can transform the way arguments are evaluated and received.

Writers of particular interest are Thomas Carlyle, Harriet Martineau, John Henry Newman, John Stuart Mill, James Fitzjames Stephen, George Eliot, and Matthew Arnold. Other areas of interest outside my doctoral work include Victorian conceptualisations of illness, Victorian ethics and their relationship with literature, especially philosophies of friendship, and the importance of rhetoric and oral culture during the nineteenth century.

I began my undergraduate studies at Corpus Christi College, Oxford, graduating in 2016. After two-and-a-half years working in corporate law at Allen & Overy, I returned to literary study, beginning an MA in Modern and Victorian Literature at King’s College London where I ranked first in my cohort. I started my PhD at Cambridge in 2022, co-funded by the AHRC and Trinity Hall, and under the supervision of Professor Michael Hurley.