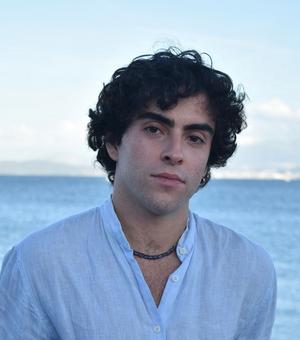 Euripides and Ovid have been favourite subjects in the study of hierarchical discourses in classical texts. Notwithstanding their crucial role in recent scholarship attentive to issues of class, gender, and race, the intersection of such hierarchic explorations has seldom—if ever—been closely scrutinised. In my DPhil, I aim to transcend specific focuses on issues such as race, gender, and class, endeavouring instead to fathom their thematic overlap in Euripidean and Ovidian poetry. This reflects the recent developments in social sciences that aim at building a theory of intersectionality. My research project proposes an examination of the literary relevance of such intersections in classical poetry. In its turn, the textual investigation of Euripides and Ovid is intended as a close examination of two case studies potentially leading to the development of a literary theory of intersectionality. Euripides and Ovid provide a particularly useful combination not only because they have often appeared to engage with these hierarchies, but also because rivers of scholarly link have been spilled in feminist, post-colonialist, and Marxist readings of their works. This creates a substantial theoretical basis on which a theory of intersectionality may develop more easily than with other texts.

I hold a BA in Classics from UCL (2021) and an MSt in Greek and Latin Languages and Literature from the University of Oxford (New College, 2022). My research is supervised by Professor Gregory Hutchinson and is generously co-funded by the OOC AHRC DTP, Balliol College, and the Clarendon Fund.