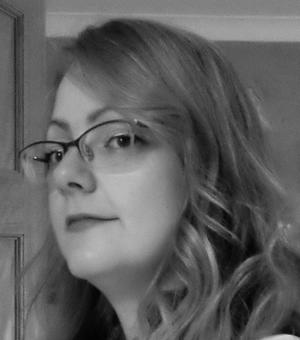 Zoë Marriott is the author of ten critically acclaimed novels for young adults, many of which draw strongly on world mythology and folklore. Her first book, The Swan Kingdom (Walker Books, 2007), was written when she was just twenty-one. It went on to become a USBBY Outstanding International book, was shortlisted for the Branford Boase award, and was chosen for the 2009 International Reading Association booklist. Shadows on the Moon (Walker Books 2011) is widely considered a classic of UK young adult fiction, winning the Great Britain Sasakawa prize, a place in the Lancashire Book of the Year awards, and an American Junior Library Guild selection. Her eighth book, Barefoot on the Wind (Walker Books, 2016) won the Hillingdon Book award. Zoë was the Royal Literary Fund Fellow at York St. John University from 2017-2019. Her work has been supported by grants from the Royal Literary Fund, the Society of Authors, and Arts Council England. In 2020 she graduated from Kingston University with a Master’s Degree in Creative Writing with Distinction, having been supervised by Hanif Kureishi. The focus of Zoë’s PhD research is contemporary timeslip fiction, and will utilise creative writing to explore subjective human experiences of time, memory, and history, and their link to theories of non-linear time, through a blend of Romantic imagination and literary mimesis. Zoë lives on the blustery north east coast of England with a manic spaniel and a collection of books which has a greater rate of expansion per second than the universe. Her supervisors are Dr Joanne Reardon and Dr Ed Hogan.

The newly launched blog, An Eddying Flight – which takes its name from Rossetti’s poem ‘Sudden Light’, a piece which is thematically central to Zoë’s research – is a place for Zoë to engage the wider public in discussion about various aspects of her research, to document her journey to a PhD as a first generation university graduate, and to focus on Creative Writing as both an artistic and academic endeavour.