The Romani Holocaust and its Aftermath: Gendered Perspectives 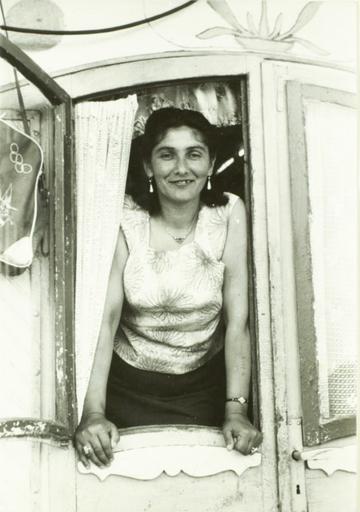 Margarete Kraus, a Czech Roma who was sent to Auschwitz.

Open-Oxford-Cambridge AHRC DTP-funded Collaborative Doctoral Award at the University of Cambridge, in partnership with The Wiener Holocaust Library, London.

The purpose of this CDA research project is to shed new light on the history of the ‘forgotten Holocaust’ of Europe’s Roma during World War II and its enduring legacies. The persecution of Romani groups was based on ideas about gender as well as race, and gender also shaped the experiences of victims and survivors. Up to five hundred thousand Roma and Sinti were killed in Europe as a direct result of racial policies imposed by the Nazis and their allies between 1939 and 1945. Many of the survivors were scarred by their experiences of sexual violence, forced sterilization, or medical experiments. Moreover, anti-Roma discrimination did not stop in 1945. Continuities in policies and practices – such as segregated schools, coercive sterilization, resettlement and ghettoization of Roma across Europe during the twentieth century – highlight a need to locate gendered histories of the Roma Holocaust in longer-term European and global perspectives.

The CDA project will approach this broad topic through original research in the unique archives of The Wiener Holocaust Library and the Arolsen (formerly International Tracing Service) Archives, supplemented if appropriate by further research and/or oral histories in the UK and abroad. The Library holds important but under-researched collections on the Roma genocide, including a number of survivor accounts. The Library is the only institution in the UK that has access to the digitised records of the Arolsen (formerly International Tracing Service - ITS) Archives, which contain materials relating to Nazi persecution of Roma and Sinti, as well as on individual victims and post-war compensation claims. The archives of the Wiener Library and International Tracing Service offer a rich source base for exploring gendered histories of the Romani Holocaust.

We are particularly interested in projects that locate the racial and gendered persecution of Roma in mid-twentieth century Europe within longer histories of eugenics, sexual violence, forced migration, citizenship or rights. Possible research questions could include: How do we situate the Romani experience within European and global histories of coercive sterilization, sexual violence or medical experiments during WWII? How did Romani women and men experience the genocidal persecution of the mid-twentieth century? How does gender affect contemporary Romani political and social movements for Roma rights and Holocaust recognition?

Projects could focus on a single national or local case-study in Europe (including the UK) or could be transnational or international in scope. The project will be historical in approach but could draw on concepts and methods from other disciplines. A specialisation in the history of the Holocaust is desirable but not essential, as is knowledge of one or more European languages other than English; we are particularly keen to encourage the successful candidate to situate their research within European and global histories of gender, genocide and violence. We also hope that applicants will have a strong interest in any or all of the following: public history, archive management, education and outreach, exhibition curation.

Alongside their academic research and training at the University of Cambridge, the CDA researcher will receive training and practical experience of Holocaust education, public engagement, archival research, and collaboration with the Library’s partner community organisations.

The researcher will have an opportunity to develop new approaches to teaching and communicating the history and legacies of the Romani genocide to a variety of audiences through their collaboration with The Wiener Holocaust Library, the oldest archive of material on the Nazi era and the Holocaust in the UK. They will also gain transferrable skills and experience in archival research, public history, community engagement and the curation of exhibitions.